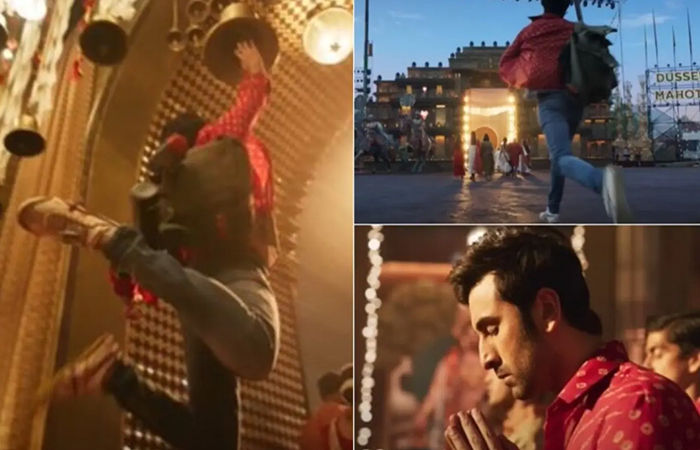 – Explained by the makers of Boycott Brahmastra trend

– According to the director’s claim, shoes can be worn in the pandal, clarifying the full respect of Indian culture.

Mumbai: With the release of the trailer of the movie Brahmastra, a controversy started when Ranbir Kapoor was seen walking around the temple wearing shoes. With the trend of boycott Brahmastra also starting in the case of insult to Hindu culture, the makers, who finally became breathless, revealed on Sunday that Ranbir is wearing shoes in Durga Pandal and not in the temple and that is not an objectionable matter.

The trailer of Brahmastra has been released a few days ago. It shows Ranbir Kapoor entering a temple-like space with his shoes on. This scene was taken seriously by netizens and the creators of Brahmastra were started to be trolled for it. People have lashed out at the fact that such a big budget film has been made on Hindu mythology but even such a simple thing has not been taken into consideration. The trend of boycott Brahmastra had also started on Twitter.

Avoiding any kind of religious backlash Finally, director Ayan Mukherjee made a statement on his social media profile. In it he said that the place where Ranbir is seen with shoes is not a temple but a pandal of Durga worship. Ayan also said that in the pandal of Durga Puja, people keep wearing shoes. He said that our family has been involved in Durga Puja planning for 3 years. As far as I know from childhood, shoes can be worn in the pandal. The shoes have to be taken off near the very stage where there is a statue of Mataji.

He also defended that the film maintained full respect for Indian culture, traditions and history.

However, people have also pointed out some other discrepancies in the trailer. At one point, Amitabh Bachchan introduces Ranbir and compares him to Alexander. People have also raised the question of how Sikandar can be compared in a picture based on Hindu mythology.