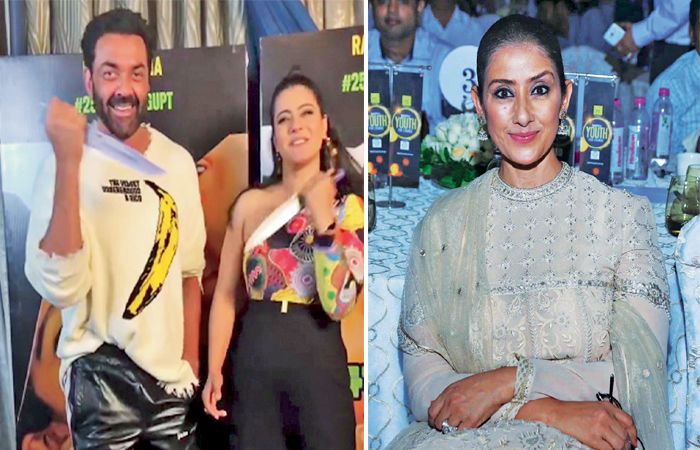 – Bobby Deol and Kajol were present at the celebration: Manisha posted a photo with Sanjay Leela and showed that she was in Mumbai

MUMBAI: Twenty-five years after the release of Gupta, one of Bollywood’s most memorable suspense films, a grand Silver Jubilee celebration was held. But with only Bobby Deol and Kajol present, the absence of Manisha Koirala has caused more controversy than their presence.

A special screening celebration was held in Mumbai to mark the Silver Jubilee of the film. Bobby Deol and Kajol came on stage together.

As the video of the celebration went viral, people immediately started asking me where Manisha was. The film featured Bobby Deol, Kajol and Manisha’s love triangle. Manisha recalled on her social media account that Gupta had turned twenty-five years old. At the same time, he posted photos with filmmaker Sanjay Leela Bhansali and former actress Mumtaz, showing that he was from Mumbai. Manisha’s absence was then much discussed. Manisha is playing an important role in Sanjay Leela Bhansali’s web series Hiramandi.

There is talk that Mumtaz will also appear on the screen years later from this web series. It is likely that Manisha met the two in this regard.