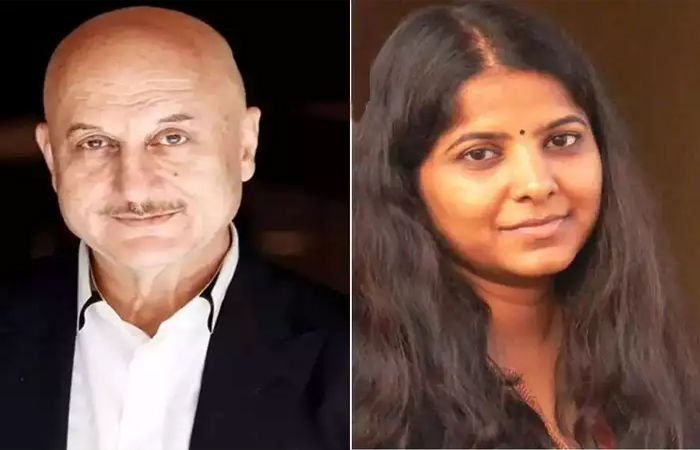 Documentary filmmaker Leena Manimekalai is in controversy over a poster for her film Kali.

People are criticizing Leena Manimeklai for presenting an insulting poster of Kali Mata, but the documentary film maker is still making statements in a brazen manner, which is making the atmosphere even hotter.

Amidst this controversy, actor Anupam Kher’s tweet has become a topic of discussion. Anupam shared a picture of Kali Mata on her Twitter handle and wrote that there is a famous Kali temple in Shimla. A monk standing up used to say a sentence, “Jai ma kalkatte wali..tera shrap na jaay khali..aaj me aa mandir aa aa sadhu ni bahu yaad.”

Fans are reacting differently in response to this tweet. One fan wrote that, whether the monk is present or not, Kali’s anger is the same today as it was yesterday and will remain the same today. Sinners will be punished, just in time.

On the other hand, TMC MP Mahua Moitra has added fuel to the controversy by endorsing Leena.