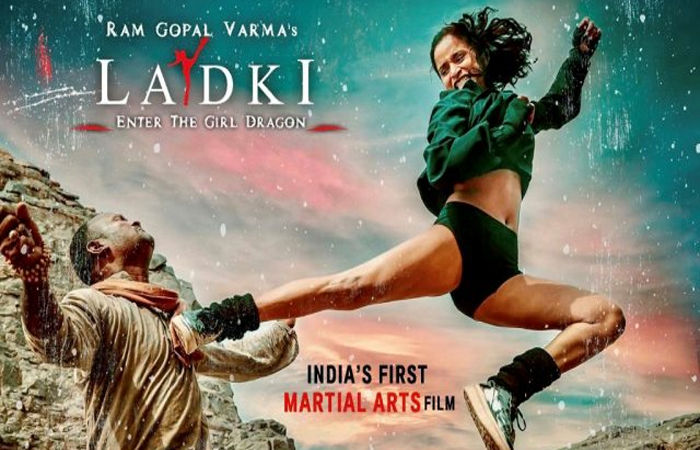 – There was also some shooting with local artists there in China

– Instead of taking an actress, he made a film with a young woman who knows martial arts in the lead role

MUMBAI: Ramgopal Verma, a film maker who once dazzled Bollywood with films like Satya, Rangeela and Sarkar but has been marginalized for some time, has made a martial arts based film Ladki. According to Ram Gopal Varma’s campaign, the film is being released in 50,000 screens in China.

According to Ram Gopal Varma, he is a big fan of Bruce Lee. He dreamed of making a Bruce Lee martial arts film two decades ago.

Eventually he made a girl film with a martial arts expert named Pooja Bhalekar. Apart from Hindi and Telugu, a Chinese version of the film has also been prepared. Some of the film was shot in China and featured local Chinese actors.

According to Ram Gopal Varma, he has chosen to make a film with a young woman who knows martial arts instead of taking an established heroine and giving her martial arts training. This saves training time and logistics.

It is worth mentioning that China is a huge market for Indian films and in the past actors including Aamir Khan have also promoted their films extensively in China. The most popular Indian films in China include Dangal, Secret Superstar, PK, Andhadhundh and Bajrangi Bhaijaan.