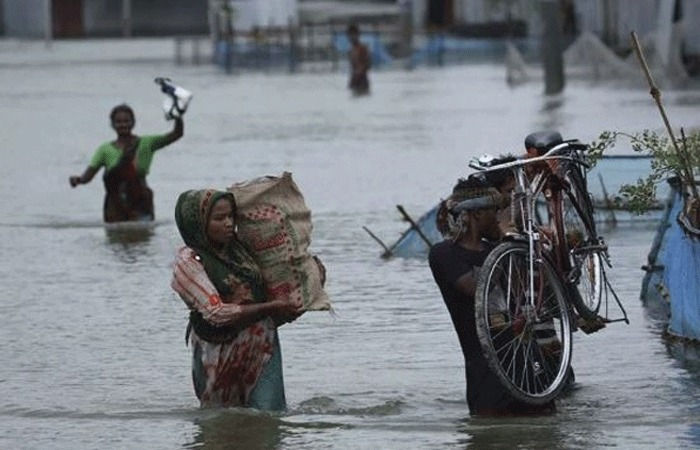 Due to the continuous rains and floods in Bangladesh, people have shouted Trahimam. The situation has become so serious that the army has been called in for relief work. Authorities estimate that about 6 million people have been affected by the floods, and that some are staying in makeshift camps due to rising water levels in rivers in the country’s northeast and north.

A spokesman for the Flood Forecasting and Warning Center said the water levels in two of the country’s four major rivers were above the danger level and the situation was similar to that of the 2004 floods. Some people had to take shelter in Dhaba after flooding in Sunamganj. However, they were later evacuated by boat.

No official figures are available on the number of people killed in the floods. At least 19 people have been killed in the country, according to unofficial figures. The FFWC attributed the flooding to continuous rains in the highlands of Meghalaya and Bangladesh. Seeing this, Bangladesh has called on the army to help the administration.