Shamshad Haider has been promoting and disseminating yoga for the last 15 years amid the fanatical religious atmosphere prevailing in Pakistan. Shamshad is such a big name in the field of yoga that he is known as Baba Ramdev of Pakistan. Shamshad Haider from Punjab province has dedicated himself to yoga. He does not charge any fees for teaching yoga in public places in Pakistan.

However he runs a private yoga coaching class for a fee. In Islamabad, Karachi, Rawalpindi and Lahore, it has attracted hundreds of young people to yoga. Haider’s yoga class was attended by a girl named Shumela who was suffering from a respiratory ailment. Shumela married Haider two years ago. Shumela has also worked to promote yoga in Pakistan. 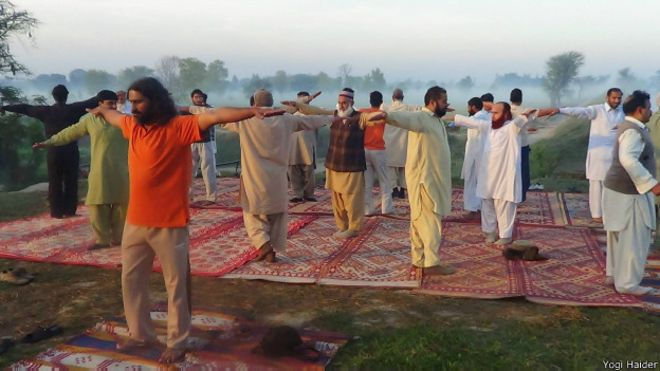 Haider came to India in 1994 to learn yoga. He also visited Haridwar, a Hindu pilgrimage site. Haider also traveled to Tibet and Nepal to learn about yoga. As June 21 is celebrated as International Yoga Day, the glory of yoga has increased in Pakistan due to Haider’s efforts. Haider does not associate yoga with any religion because yoga cannot be barred as it has nothing to do with the ideology of any religion.

Conservative people in Pakistan are also being taught yoga for health. He struggled a lot in the early years. The yoga center started by some of Haider’s friends in 2014 was burnt down by conservatives but remained steadfast. Haider started his yoga career by teaching yoga for the first time to a psychiatrist. So far, more than 50,000 Pakistanis have been taught yoga. 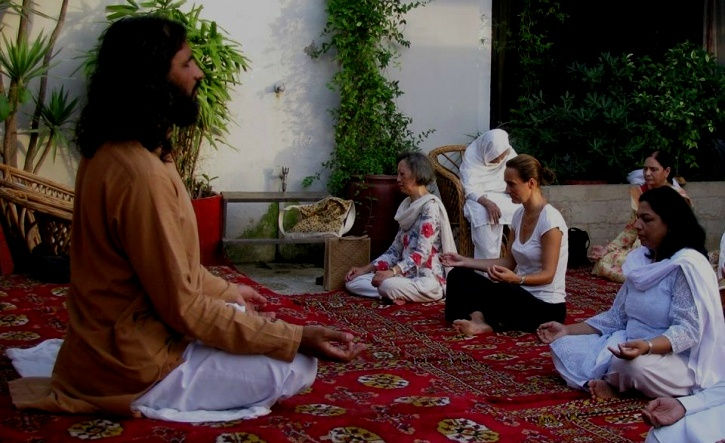 His students include Pakistani politicians like Qaim Ali Shah (Chief Minister of Sindh) and Ghulam Mustafa Khar (former Governor of Punjab). Haider’s yoga class is also attended by Muslims wearing bearded hats. This is very much influenced by Pakistani yoga guru Nikam and yoga guru Goenka. Haider believes that Patanjali, the ancient guru of yoga, was born in Multan and is therefore proud to be from Multan. Haider teaches English, Urdu, Hindi, Punjabi, Arabic and Nepali as required while teaching yoga.