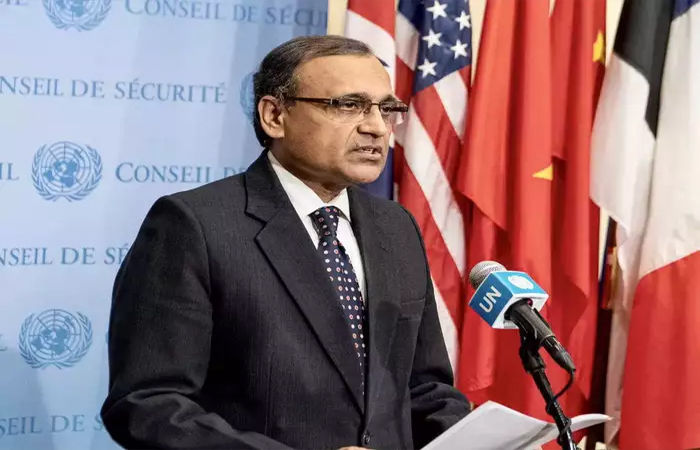 BJP suspended spokesperson Nupur Sharma had tried to persuade Pakistan to encircle India at the UN in the name of making offensive remarks on Mohammad Payangbar but India stopped Pakistan from speaking out.

When Pakistan raised the issue of Nupur Sharma on the pretext of the Organization of Islamic Conference (OIC), India said that a culture of tolerance was being promoted in our country. At the same time, cases of religious insults are dealt with within the legal framework.

“We are rejecting selective protests from outside,” said Indian Ambassador TS Tirumurthy. Such protests are being staged by the OIC and Pakistan to promote a divisive agenda in India. In India, all religions and cultures are respected within the ambit of the Constitution.

Munir Akram, Pakistan’s ambassador to the United Nations, raised the issue of Nupur Sharma’s statement. However, India retaliated and stopped Pakistan from speaking out.