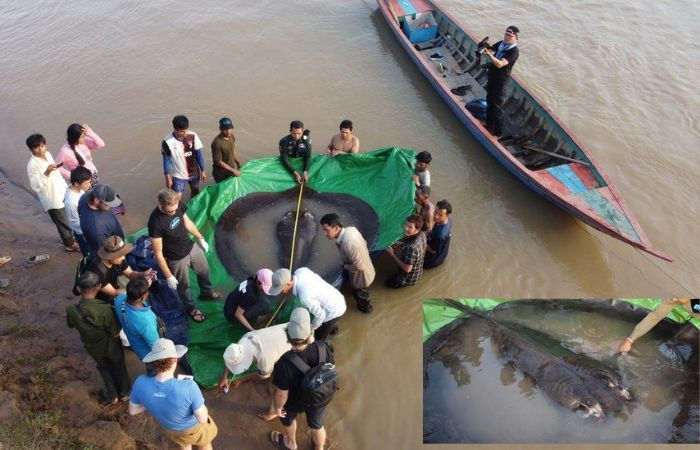 The world’s largest was caught on the Mekong River in Cambodia. The fish, caught on June 13, is said to be 13 feet long and weighs about 300 kg. The fish was caught by a local fisherman near Stung Trang. When the fisherman caught the fish, he too was amazed at its size, then he informed the scientists about it. 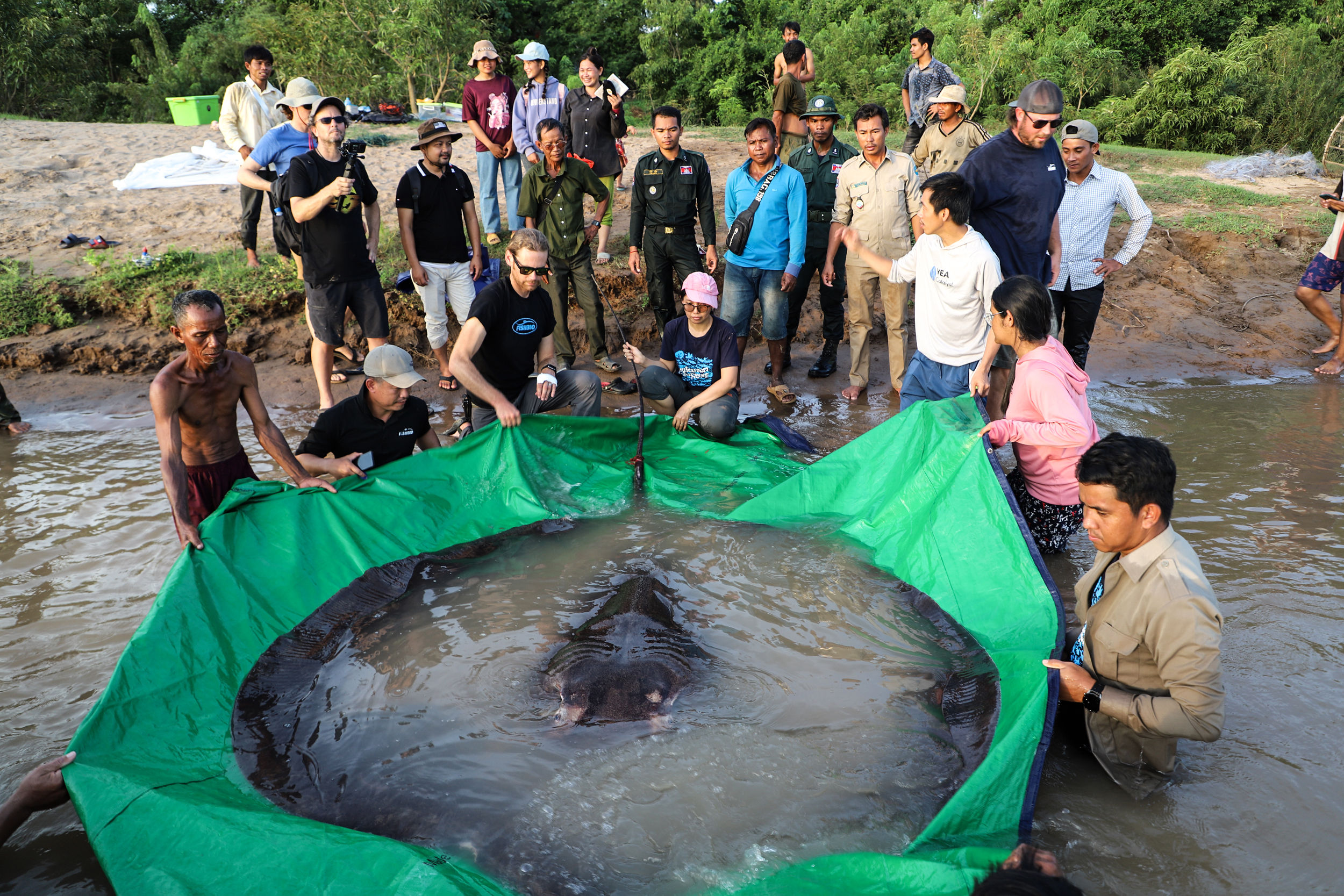 The record for the largest freshwater fish was previously held by giant catfish, according to scientists. The fish was caught in Thailand in 2005. Which was a giant catfish weighing 293 kg. The giant 4-meter-long stingray is said to have been released into the river after being electronically tagged so that researchers could monitor its movements and behavior.

“This is very exciting news, because it is the largest freshwater fish in the world,” says biologist Zeb Hogan. Jeb is said to have hosted the show ‘Monster Fish’ on the National Geographic Channel. In addition, they are part of a river conservation project.