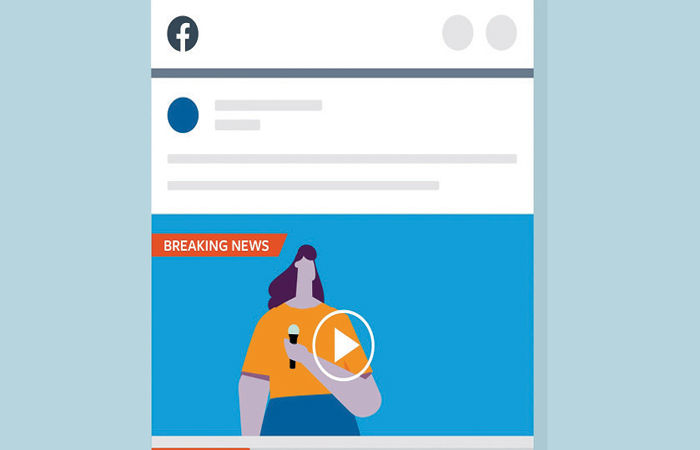 Along with a number of Chinese apps, the Tiktok app was banned in India, Earlier, this video sharing app was popular in our country. At that time, an app like Facebook or Instagram was getting a huge response from Tiktok. Services like Facebook and YouTube would have been greatly relieved by the ban on Tiktok in India., But the prevalence of tic tac toe around the world is steadily increasing.

So much so that now Facebook and its apps are copying various features of Tiktok in different matters. Don’t be surprised if we see some of the following new changes in Facebook shortly.

Given the growing popularity of Tiktok around the world, Facebook is now facing the greatest threat from Tiktok. That’s why the newsfeed we see on Facebook right now is likely to change drastically.

Now when we login to Facebook, in the news feed in the browser or in the app, the new posts of the people we are following or the post on which we have interacted with something are shown. Facebook decides what to show us in the newsfeed based on a lot of different calculations, But the main emphasis is on showing the posts of those we are in contact with.

All the videos uploaded to it on Instagram are likely to be converted into reels shortly. If this happens you will not be able to upload various videos directly to Instagram. You have to turn it into a reel first and then, Can only be uploaded as a reel. So there is not much difference between videos and reels on Instagram. But the company gives the creators of the reels more tools than videos. When uploading a reel to Instagram we get access to the music library to add to it as well as add more filters than videos. We cannot add videos from other creators to normal videos while this can be done in reels. In Tiktok ‘Duet‘ Remixes can be created in reels in the same way that there is a feature in the name. Which allows a user to add another user’s reels to their own reel.

This feature is currently being tested with some users on Instagram. When these users try to post a video on Instagram, they are told that the video post will now be shared as reels.

If you’ve been active on Facebook for years, you know that the messaging service was a part of the original Facebook. At that time Facebook was the most used PC, The laptop used to be in the browser only. Then began the empire of smartphones all over the world. To cope with this new competition, Facebook separated the messaging service from its main service and offered a separate app called Messenger. This change was not liked by many at the time but gradually everyone got used to it.

Now the problem for Facebook is that in Tiktok ‘One-to-many posting‘ And ‘One-to-one messaging‘ Can happen too – everything in one app! So now Facebook is likely to reverse its old decision and merge the Messenger app into its main service again!

So far Facebook and TikTok have been different types of social media platforms. Videos on Facebook, Image etc. Everything can be shared but text based post exchange is still dominant on Facebook. While TikTalk is almost entirely a video platform. Following the popularity of Tiktok, Facebook, Instagram, Short videos are being offered on all services like YouTube etc. and now it seems that Facebook will focus more on stories and reels on its own platform to stay ahead in direct competition with Tiktok. Soon Facebook will become even more video heavy social service!