Akanksha Singh will be seen in Rangbaaz:

Whenever Akanksha Singh has worked on screen, she has always chosen different and influential roles for herself. Be it the Hindi film industry or the South, his work always shines through. 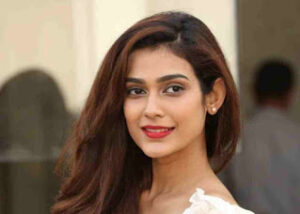 With this, the actress, who was seen in ‘Badrinath Ki Dulhania’, is all set to climb another ladder of success as she is all set to be a part of a political thriller titled ‘Rangbaaz’. According to a source close to the project, the actress is currently shooting for it in Lucknow and this role is different from all the roles Akanksha has played so far, so she is very excited about it.

The source added, “The story and its characters are inspired by Heena Shahab, wife of don-turned-politician Mohammad Shahabuddin and the actress is doing an amazing job and leaving no stone unturned to get deeper into the character.” What promises to be a new breakthrough and Akanksha is following every bit of information available to bring authenticity and vibrancy to her character.

The source adds, “She has been doing extensive research about Heena by reading in-depth and watching her interviews. Akanksha still has a few days to shoot in Lucknow, but she is really looking forward to this revolutionary project. Thrilled to have.”

Not only this, Akanksha has more interesting projects in the pipeline in the coming times. She will next be seen as the actor’s wife in Ajay Devgn’s upcoming directorial ‘Runway 34’, which also stars Amitabh Bachchan and Rakul Preet Singh. Recently, she also entered the OTT space with the Telugu web series ‘Parampara’, which has been highly appreciated by the audience.

There are some reports of him being a part of another big project, but there is no confirmation about it. It is clear that things are going in a better direction for Akanksha.