Akshay Kumar is announcing his many films one after the other, which is increasing the excitement level of his fans. In such a situation, the actor has also released its trailer by announcing another film. Akshay Kumar currently has about 5 to 6 films. 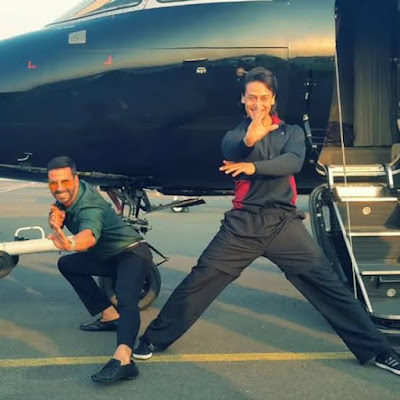 Akshay Kumar has shared the teaser of the film on his Twitter handle. In this post, he wrote tagging Tiger Shroff, “The year you debuted in this world (born) I made my debut in films that year. Will you still compete, little Mian? By watching the teaser of Chal Phir Ho Jaye full action film, it can be guessed that it is going to be full of action.

The teaser also features the title track of Amitabh Bachchan and Govinda’s popular film Bade Miyan Chote Miyan (1998). The film will be released on Christmas next year i.e. 2023. For the first time, the pair of Akshay Kumar and Tiger Shroff will be seen on the big screen.

Akanksha Singh will be seen in
Rangbaaz