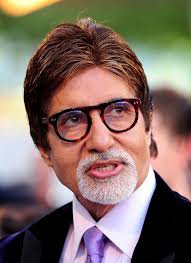 The Sopan was empty for many years

Neijon Group says that it was an old construction, so it will be demolished and made according to it. We were living in this area for the past several years and were looking for a new property for ourselves. When this offer came in front of us, we immediately said yes and bought.

On the other hand, Pradeep Prajapati, a real estate agent from South Delhi said, Teji Bachchan was a freelance journalist who was part of Gulmohar Park Housing Society. Amitabh lived here before moving to Mumbai, while his parents also left later. No one was living in this house for years.

There are two bungalows in Juhu

Significantly, Amitabh Bachchan lives with his family in Jalsa, Juhu, Mumbai. This bungalow was bought by Amitabh Bachchan from film producer NC Sippy. According to a report by Vogue India, Jalsa, spread over an area of ​​more than 10 thousand square feet, is made of two floors.

Let us tell you that there is also another bungalow of Amitabh in Juhu, where he lived with his parents. Pratiksha Association was bought by Amitabh in 1976.