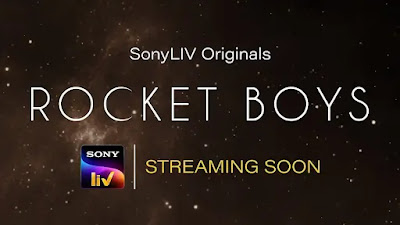 The vision and inventions of these two scientists had changed the picture of India’s space science. In this series, Dr. APJ Abdul Kalam has also been shown how he too was initially involved in space science.

Jim has earlier set an example of his brilliant performance in films like ‘Neerja’, ‘Padmavat’ and ‘Sanju’. On the other hand, Ishvak was also known for his performances in films like ‘Ranjhanaa’, ‘Aligarh’ and ‘Veere Di Wedding’.

The upcoming series ‘Rocket Boys’ on the OTT platform is out of the box because it is the life story of two great scientists of the country, Dr. Vikram Sarabhai and Dr. Homi J Bhabha. It includes some glimpses of his personal life along with his struggles, successes, and achievements.