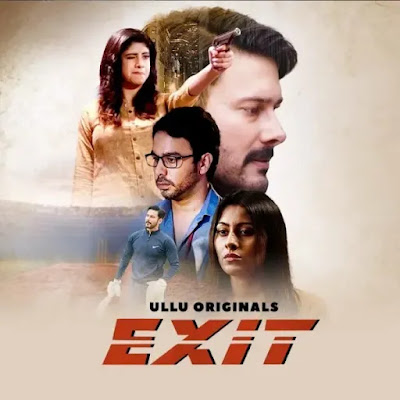 Exit web series is a crime, thriller web series which will be released on 11 January 2022 by OTT Platform ULLU. This time ULLU has come up with a clean and good story web series apart from all its other web series and its story was quite interesting.

The story of the exit web series goes through cricket, betting, money, and then reaches a crime. Exit ULLU web series is going to be special in some ways, because like the rest of Ullu’s web series.

Exit is Ullu App’s latest web series, it is an Indian Hindi language series, its first season is releasing on Ullu App, you will love this web series because it has everything action, thriller, and drama.

The story of the Exit web series revolves around a cricket coach. He has good knowledge of cricket so one day he bets on a cricket match and loses 20 lakhs in betting. He doesn’t have any money left. He told about to his friend.

He got an idea to overcome this situation. He takes insurance of 3 crores and makes his wife a nominee. He plans to fool Insurance by creating a fake death. After his death, Rs 3 crore came into his wife’s account.

The insurance company begins to suspect that the death was a fraud. Someone with knowledge of this started blackmailing him for money. Watch Exit web series to know who was blackmailing and why.