Along with the stories and characters, the background and shooting location also plays an important role in the making of films and web series. The web series Human, based on drug trials on humans, has recently been released on Disney Plus Hotstar. This web series is made on the background of Bhopal. 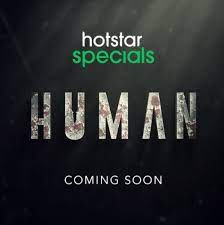 Speaking to Dainik Jagran, the associate publisher of the show, Mojaz Singh, the director of the show, explains the reason, saying, ‘When we started our research, it was found that maximum human trials are done in Madhya Pradesh. A large number of tribal people live there, who are very poor. He agrees to take a risk like a human drug trial for very little money. Our research took us to Bhopal.

There we talked to some social workers and victims of the Human Drug Trial, then it came to know that 37 years after the Bhopal Gas Tragedy, many people are still troubled due to that incident. In the homes of victims of that incident, children are born with physical and mental deficiencies.

For some money, they easily submit themselves to human drug trials. Apart from this, Bhopal is a very beautiful city from a cinematic point of view. It stars Kirti Kuhari, Shefali Shah, and Ram Human Kapoor in pivotal roles.