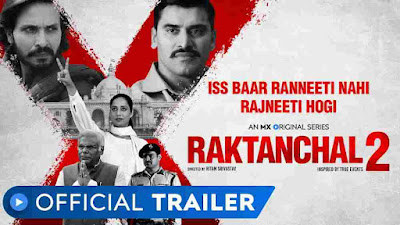 Mumbai . The makers of ‘Raktanchal 2’ starring Nikitin Dheer and Mahi Gill have released the trailer of the upcoming series.

MX Original Series ‘Raktanchal 2’ is inspired by true events of the early 90s when the entire dynamics of UP politics was about to change. Commenting on his journey, Nikitin says that playing the role of Wasim has always been tough.

This character is very complex. From learning the dialect of UP to playing the role of a politician, I have given my best shot to this character. I only hope that the audience appreciates my role as much as they appreciated in the first season.