Shahrukh will return after 4 years with ‘Patan’

Fans have been waiting for a long time to see Shahrukh Khan in action mode. King Khan has an interesting line-up of films. 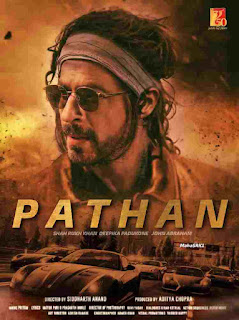 Meanwhile, news is coming that as soon as the shooting of ‘Pathan’ is completed, he will start shooting for Rajkumar Hirani’s next film in March without any delay.

For your information, let us tell you that after almost four years, Shahrukh is ready to return to Bollywood through the film Pathan. Along with Shahrukh, Deepika Padukone and John Abraham will also be seen in the film Pathan. Siddharth Anand is directing Pathan.

Apart from Shahrukh, Deepika John, Salman Khan is also doing cameo in the film. Together, this film is going to be very special for cinema lovers.

A Pinkvilla report on Rajkumar Hirani and Shah Rukh’s upcoming film states that Shah Rukh will start Rajkumar Hirani’s film as soon as he wraps up the shooting of “Pathan” this month. The pre-production work of the film has already started. For the important schedule of the film, a large set of village in Punjab will be erected in the Film City of Mumbai.

Most of the film will be shut here. Apart from this, the shooting of the film will also take place in London and Budapest. If reports are to be believed.  Taapsee Pannu will also play the lead role in this Shah Rukh Khan starrer.