As the name of the show suggests, the Maurya family is not u an ordinary family, but its members are really ‘Satrangi’ from the point of view of their behavior and interests. However, the one thing that binds them together is Manu’s belief that together they can overcome any challenge in life. 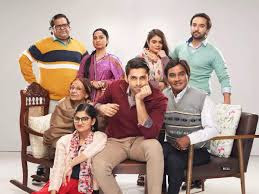 Well-known actor Mohit Kumar is playing the lead role of Manu in this show. Along with this, Dayashankar Pandey, Jayshree Arora, Puru Chhibber and Satyajit Sharma will also be seen realizing the main characters on screen.

The story of the show is based on Mankameshwar, who is also fondly known as Manu (Mohit Kumar), a resident of the beautiful city of Lucknow. He is a sincere person who believes in doing good to the people. He is an optimistic person and does not give up hope despite the adversity and difficulties of life.

Manu is her grandmother’s darling, who is the head of the family. Jayshree Arora is playing this day. He is a successful life insurance agent even at the age of 73. She bravely faces all the challenges in her life and is busy in fulfilling her aspirations.

She does not give up and lives life freely. The story begins with Manu’s wedding, the preparations for which are going on in full swing in the Maurya family. Adding to the fun of the family is Daya Shankar Pandey, who plays Manu’s father Shyam Babu. Shyam Babu wants to become a magician and is working hard to fulfill his dream.

Puru Chhibber is making a comeback on television with ‘Sab Satrangi’, who will play the character of Manu’s elder brother Deepu Bhaiya in the show. The show will also see veteran actor Satyajit Sharma in the role of a local don and dear father, Daddy Khushwa. Along with this, many other strange and poor characters will also be seen in this show.

An unconventional story of a great Indian family. Watch the entertaining Maurya family coming to your house from 7th February at 7.30 pm

Does good always happen with good people? Manu accepts this and he is coming to show you that

How does this happen? In February this year, Sony SAB brings to you its new show – SAB Satrangi, which is a fun and exciting family drama.