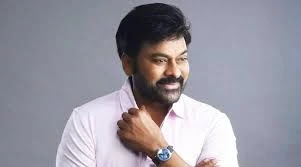 Megastar Chiranjeevi of the South Film Industry has now returned to work after beating Corona. He has shared this information on his Twitter handle. By sharing these pictures, the superstar has also thanked the fans. The superstar was very excited about the release of his upcoming film Acharya.

This Telugu action drama film was scheduled to release in theaters on February 4, but keeping in mind the increasing corona cases in the country, the makers have postponed the release date of the film.

At the same time, the new release date of the film will be announced when the situation becomes normal. Starring Ram Charan and Kajal Aggarwal, the film has been made under the direction of Koratala Siva.

Shahrukh will return after 4 years with ‘Pathan’