After the success of the Abhay web series, now the makers have announced the release of this web series with new actors Vijay Raj, Rahul Dev, and Vidya Malvade in this web series after announcing its next season, these three actors are antagonists. Which will make Abhay’s life more difficult. 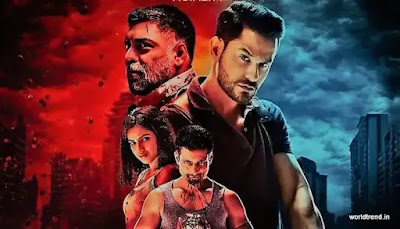 Vijay Raaz Ji says, “I am thrilled to be a part of Abhay 3 and to work with Ken and Kunal. This series has set a benchmark and I am sure that Season 3 will shake things up further. You have never seen it before. I can’t tell much but my character who has ego will give tough time to Abhay this season.”

So the same Rahul Dev Ji also says that “Abhay is a very successful franchise with loyal fans so I am happy to be a part of this unconventional series and ZEE5 family. It is also great to collaborate with Kane as he is a director with a great visual sense and sense of humor. I am grateful that I could be a part of this series and look forward to the audience’s response.”

Vidya Malvade Ji says “There were many reasons to work in Abhay 3. One of the main reasons is the role I play – Nidhi. I really wanted to explore this intense dark headspace of Nidhi which is now The stark contrast to most of the characters I’ve played to date.

Moving from Miss Goody to Shoes to this intermittent character will always be a memorable journey. I’m excited for everyone to see Season 3 because I know it’s another success for the franchise There will be an edition.”

Kunal Khemu who will be seen in the main lead role of this web series and will play the role of Investigating Officer Abhay Pratap Singh in this series,

Along with this, other actors like Nidhi Singh, Rituraj Singh, Asha Negi, and Elnaaz Naorozi will also be seen in this season as in the first season.

The first season of the Abhay web series was launched in 2019 and proved to be of full interest, after which the second season was also launched in 2020, taking this series forward, the second season was also as successful as the first season, then After this, the filmmakers are going to launch its next season very soon, which will be released on the OTT platform Zee 5, Ken Ghosh, who directed both the other series, has directed this season.