So we will talk about the Spider-Man no way Home Movie, Review, cast and some top secrets, and also some interesting FAQs.

All right so, unfortunately, the title of the third spider-man movie wasn’t phone home or homewrecker or even home slice we know now for sure that the title is Spider-Man no way Home sounds quite dire, doesn’t it?

I think the webhead might be in a bit of trouble so what does this title actually mean and how does it relate to everything we know about the hotly anticipated sequel are we saying goodbye to spidey in the MCU for good. 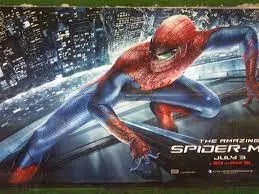 The events of the last film while also setting up a new future for spider-man so what else do we know about Spider-Man no way Home, well we know obviously the core cast is returning so that’s not a big shock but the real exciting casting additions are all the returning actors from the past to spider-man franchises.

The first part broke that Jamie Foxx was coming back as Elektro and that was met with some confusing shrugs and a tentative then we know now that Alfred Molina will be back as doc ock and then it became clear that the multiverse was 100% going to factor into this movie there still might be a few surprises.

On the way for previous spider-man villains to make another appearance so fingers crossed for paul Giamatti’s rhino but you know what’s even better than returning villains returning heroes.

Because we live in a world where spider-man apparently needs a mentor in every movie the third film will feature a nice juicy role for doctor strange who is cementing himself as the most important phase, 4 heroes, given his importance and ability to share information about the multiverse his role in the movie makes sense.

Now the question is will he be a major part of the movie joining peter as they take a nice jaunt through the multiverse or will it be more like iron man and homecoming where he’s maybe in like 15 minutes of the movie like maybe he’ll show up to explain the multiverse and then nope out as peter gets lost through some wacky hero shenanigans.

But doctor strange isn’t necessarily the only hero making a return if rumors are to be believed Charlie cox’s daredevil will also show up at one point whether it’s in our universe and he makes a cameo as peter’s lawyer or if he shows up in the multiverse somewhere either way that’s exciting and of course.

we have to talk about the other spider-man although nothing is confirmed it’s heavily rumored that both Toby Maguire and Andrew Garfield will be showing up thanks to the multiverse seeing all three spider-mans from the last 20 years together in one scene is too good of an opportunity to pass up.

3. Spiderman no way home and venom?

Ans: It is not yet confirmed for certain that Tom Hardy will reappear as Eddie Brock/Venom in Spider-Man: No Way Home as it is rumored and Sony retains the rights to both characters.