When the first film fails, the road ahead often becomes difficult for the actors. The same happened with actress Shivani Rai, who made her debut in Hindi cinema with the film Friday released in 2018. Shivani will be seen in the lead role in the short film Verses of War, released on YouTube on 26 January. 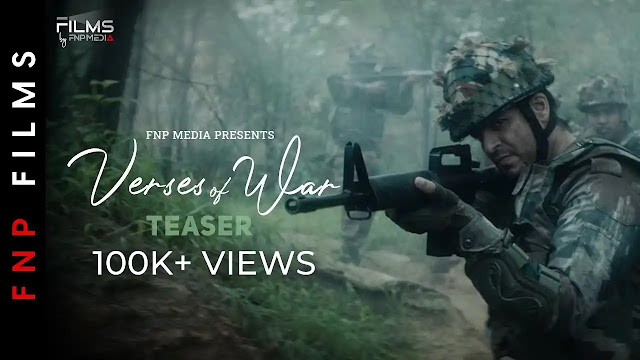 Along with acting, he has also prepared the concept of this short film. She tells that Long ago I caught sight of a story written by Mehak Kapoor Bassi on the Internet. More than ninety percent of the people in my house are associated with the army, so I am more inclined towards stories related to the army. I know Kapil Mishra, the screenplay writer of this film, for a long time.

I discussed this story with him. He did not understand the original story, so he said that I try to write this story in my own way. Taking cinematic liberty, he prepared the screenplay of this film. We sent this story to our producers, they liked it immediately.

Then the matter of casting got stuck because no artist wanted to work in the short film. Then Vivek Oberoi and Rohit Roy got approval for this film and the film was ready.

Talking about the upcoming projects, Shivani says, “As of now my bag is empty, if I can connect well with this character in the eyes of the audience, that will be a big thing for me.”