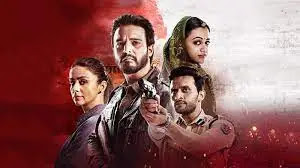 Along with personal life, the commitments made regarding work also have to be fulfilled. Mukkabaaz actor Vineet Kumar Singh is also busy shooting for his next project since his marriage. He is shooting for the third season of the digital platform Zee’s web series Rangbaaz in Lucknow.